Tourists from India, Saudi Arabia and UK flocking to Dubai 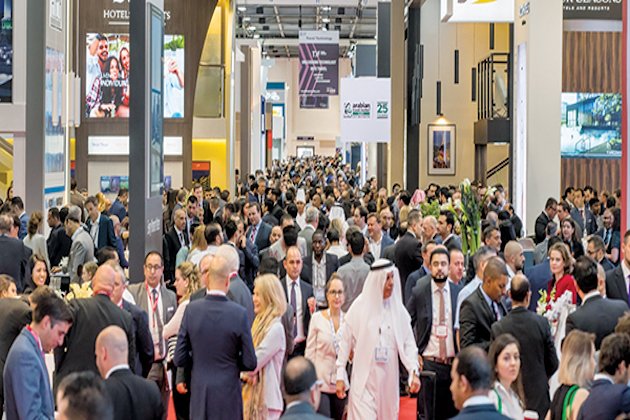 DUBAI, UAE - Dubai hosted more than eight million international overnight visitors in the first six months of this year, up more than 3 percent for the same period last year, according to the latest data released by Dubai's Department of Tourism and Commerce Marketing, Dubai Tourism.

The figures reinforce the strength of the emirate and city's tourism sector as a key driver of economic diversification and a catalyst for GDP acceleration through 2020.

Dubai has set a target of becoming the most visited global destination.

"Tourism is one of the cornerstones of Dubai's diversified economic growth, and we measure success based on our ability to aggressively advance towards our goal to be the number one most visited and most preferred city, Helal Saeed Almarri, Director General, Dubai Tourism said. "Our first half results are a particularly encouraging reflection of our progress towards this ambition and underline the effectiveness of our diversified market outreach with holistic 'awareness to booking' cycle content amplification and audience delivery, through a deeply networked ecosystem of global partners, industry stakeholders and government enablers."

India once again led the pack, drawing the highest half year volumes with 997,000 visitors despire severe air traffic and seat capacity challenges due to geopolitical volatilities. Dubai continued to drive booking interest from Indians on a mass scale largely due to high-impact delivery of segment and season-specific campaigns across the most accessible Tier-1 and Tier-2 cities, Wam news agency reported. From focused 'family' or 'couple' oriented promotions to the Bollywood megastar Shah Rukh Khan-led global #BeMyGuest campaign, the Department's investments yielded strong returns, with the latter alone surpassing all records, logging 160 million views in a few weeks. Additionally, at an audience penetration level, travel share of Indian families with children rose by a substantial 10 percentage points from 24 to 34 percent, directly reflecting higher GDP impact due to party size and spend potential.

Coming in strong as Dubai's second largest feeder market once again, was Saudi Arabia, which delivered 755,000 visitors at two per cent year-on-year growth over six months with a notable 4.9 percent increase over the Eid break alone – signifying continued stability in Dubai's attractiveness for Saudi families and millennials.

Staying firmly within Dubai's top three traffic drivers, the UK delivered 586,000 travellers beating all odds against a significantly devalued British Pound (vs. US Dollar), amidst growing political and economic turbulences surrounding Brexit. Contrary to the general dampening in consumer sentiment, Dubai retained high demand from couples – constituting 56 per cent of share – and families accounting for 20 percent – collectively up three percentage points from H1 2018. As the two focus segments for Dubai Tourism's strategy in the UK, the results validate the success of its 'always on' approach leveraging bespoke and seasonal campaigns; advocacy-based content partnerships and localised influencer marketing; and audience-specific trade alliances. One of H1 2019's highlights included a Red Bull signature 'Only in Dubai' collaboration featuring the UK's very own BMX star Kriss Kyle in action across Dubai's iconic landmarks – garnering five million views within a week.

Following an exceptional resurgence in Dubai travel for 2018, thanks to the visa-on-arrival enablement, growth from Russia levelled to more sustainable levels, as H1 2019's sixth largest source market delivered 375,000 visitors to Dubai.

The United States followed in seventh spot with 329,000 visitors, marginally up from 327,000 visitors in H1 2018, supported by concerted marketing efforts and trade collaborations with five new trade partnerships developed in the first half of 2019, to raise awareness of the destination and promote holiday packages and deals.

Germany's five percent growth to deliver 316,000 visitors, and Pakistan's three percent growth to yield 253,000 visitors, brought them in at eighth and ninth positions respectively, as Philippines jumped three ranks into the top 10 finishing a strong first half with 216,000 travellers, reflecting a 29 percent increase that made it the fastest growing source market for Dubai this year.

"Designed to counter unforeseen macro-economic variables faced by the global travel ecosystem and mitigate impediments associated with over-reliance on any one market or region, we have been long-standing proponents of a globally diversified market strategy – which continues to support our resilience as a sector," Almarri said. "Our agile and customised strategic programmes also continued to deliver novel and market-centric solutions to strike a fine balance in fuelling more traffic from our traditional strongholds and unlocking the immense potential that exists in the emerging markets."

The recent nationwide implementation of a tourist visa fee waiver for children under 18 years of age, who are accompanied by their parents, has augmented Dubai's position as a leading family-friendly tourism destination.

In the first six months of 2019, the city continued to focus on providing its residents and tourists a plethora of first-class entertainment offerings and attractions, including the opening of the region's largest multipurpose indoor entertainment centre, the Coca-Cola Arena. With a capacity to hold 17,000 visitors, the arena offers a year-round programme of events including sporting tournaments, e-gaming, theatre and musical performances, conferences and gala dinners.

Designed to give diverse international audiences a holistic understanding of the city's Islamic heritage, the recently opened Quranic Park is a comprehensive and immersive cultural and educational experience unique to the region. The park spans over 60-hectares with two main attractions, The Glass House and The Cave of Miracles. Visitors have the opportunity to experience more attractions citywide across theme parks and other family entertainment centres, as Dubai continues to invest heavily in tourism infrastructure and facilities, as well as mega development and retail projects.

Dubai's hotel sector continues to be integral to the emirate's destination promise and to the overall growth of the tourism industry, delivering best-in-class quality and standards on par with top hotels in other leading world cities and an increased diversity in its portfolio, offering tourists more choices to meet the needs of their diverse traveller profiles.

Between January and June 2019, further strides were made to expand Dubai's hospitality offering to match the evolving needs of visitors, with the opening of new hotels including Waldorf Astoria Dubai International Financial Centre, W Hotel Palm Jumeirah, Studio One Hotel, Rove at the Park at Dubai Parks and Resorts, Premier Inn Hotel Al Jadaf and Vida Emirates Hills adding to the city's portfolio of facilities and amenities.

Average occupancy for the hotel sector stood at 76 percent – one of the highest hotel sector occupancies in the world – with establishments delivering a combined 15.71 million occupied room nights during the first six months of the year, a five percent increase over the same period in 2018.

Spread across a total of 714 establishments, Dubai's hotel room inventory stood at 118,345 at the end of June 2019, representing a six percent increase, which showcased continued strong investor confidence in Dubai's tourism demand and market appetite. This healthy correlation between supply and global demand also resonates with the steady rise in the number of visitors opting to stay in hotels, indicating that not only is the inventory keeping pace in volume but also in product diversity – evolving competitively across different tiers to allow for a more aligned asset mix offering custom services that can appeal to highly divergent needs of Dubai's global audience.

Luxury five-star and four-star hotels commanded 34 and 25 percent of the emirate's total inventory, respectively. Meanwhile properties in the one to three-star categories represented a share of 20 per cent. Increasing demand for diversified accommodation options was met with a combined 21 per cent of hotel apartment establishments across the deluxe/superior and standard categories.