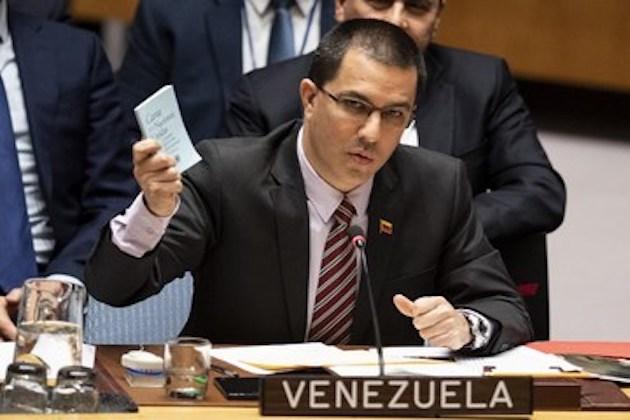 NEW YORK, New York - Despite fierce opposition by the United States, Venezuela won a seat on the UN Human Rights Council in a secret ballot held in the General Assembly Hall in New York on Thursday.

The Council, which meets throughout the year at the UN Office in Geneva, is an international body, within the UN system, made up of 47 States, and is responsible for promoting and protecting human rights around the world. It has the power to launch fact-finding missions and establish commissions of inquiry into specific situations.

Fourteen members were elected on Thursday. They will take up their seats commencing on 1 January 2020 and will hold the seats for three years.

Elections to some seats those reserved for countries from the Asia-Pacific, Eastern Europe, and Latin America and Caribbean regions were competitive, with more candidates than available places.

Costa Rica's was a late addition to the election which was understood to be a bid to turf Venezuela.

Brazil and Venezuela had nominated for the two L:atin America and Caribbean vacancies, and would have automatically been elected, but for the Costa Rica entry which forced the vote.

As it was Brazil garnered 153 votes, followed by Venezuela with 105 votes, and Costa Rica 96 votes.

Venezuelan Foreign Minister Jorge Arreaza described the vote as "a victory" noting that it followed "a fierce and brutal campaign by the United States and its subordinate nations."

U.S. Ambassador Kelly Craft to the United Nations was not impressed.

"That one of the world's worst human-rights abusers would be granted a seat on a body that is supposed to defend human rights is utterly appalling," Craft said in a statement on Thursday.

Her boss, Secretary of State Mike Pompeo was angry at those nations that voted for Venezuela, and at the Council itself. "The Human Rights Council ought to be a protector and defender of human rights of people the world over. It should be speaking out about the daily abuses of the former Maduro regime, and others like it. Instead, the Council has become an exercise in shameless hypocrisy, with some of the worlds most serious offenders sitting on the Council itself. Its membership includes authoritarian governments with unambiguous and abhorrent human rights records, such as China, Cuba, and Venezuela. These are among the reasons why the United States withdrew from the Human Rights Council in 2018," he said in a statement on Thursday..

"The United States strongly supports multilateral organizations that sincerely and effectively work to protect human rights. The election to the Human Rights Council of Maduros representative is a farce that further undermines the Councils already frail credibility," Secretary Pompeo said.

Africa had four nominations for the 4 vacant seats and the four nominees, Libya, Mauritania, Namibia and Sudan were duly elected.

Western Europe was also a non-competitive election, with Germany and the Netherlands taking the two vacant seats.

The new holders of seats will be replacing countries that have served the requisite 3 years, being African States Egypt, Rwanda, South Africa and Tunisia; the Asia-Pacific States China, Iraq, Japan and Saudi Arabia; for Eastern Europe the retirees are Croatia and Hungary; and the States leaving from the Western European and other States region, are Iceland and the United Kingdom.

As for the Latin American and Caribbean States, Cuba's time on the Council will come to an end, and it will be replaced by Venezuela. Although Brazil's current term comes to an end, its successful re-election means that it will serve another three years (according to Council rules, members can serve two consecutive terms).

As of 1 January 2020 the Human Rights Council will comprise:

Western Europe and other States