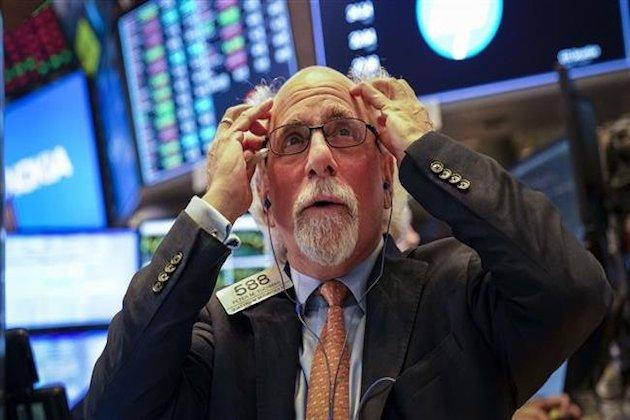 NEW YORK, New York - With the Trump administration in disarray and a growing concern globally that the country's chief executive is becoming increasingly unhinged, investors began to bail out of U.S. stocks on Friday.

The U.S. dollar was also sliding, being hammered by the British pound and the euro, both of which hit multi-month highs on Friday. The dollar was also down across the board.

U.S. manufacturing data which disappointed together with the news out of China that its GDP had fallen to a near-30 year low, as a result of the Trump-led trade war, weighed on markets. A slow-down in the world's second largest economy is bad news for the world as well as China, and the world includes the United States.

Hopes for a deal to be agreed by the British parliament on Saturday influenced markets, which seemed to be betting that Boris Johnson will get his way. Strength in the the British pound was certainly reflecting this on Friday, as well as movements in the EU-currency.

"We can easily tell what's driving the euro, and that's a potential Brexit deal. We're going to find out this weekend whether this is going to turn into a realty or whether it's a pipe-dream," Paul Mendelsohn, chief investment strategist at Windham Financial Services in Charlotte, Vermont told the Reuters Thomson news agency on Friday.

The Canadian dollar strengthened to 1.3125. The Australian dollar jumped to 0.6854, while the New Zealand dollar was sharply higher at 0.6387.