FCC-certified, the Notion is only device combining CPUs, Internet and brain imaging sensors to create an all-in-one computer that can run a range of apps with no laptop or smartphone required

BROOKLYN, NY / ACCESSWIRE / February 25, 2020 / It has been a dream from science fiction to think of a command and then have it executed in the real world. Wearing a computer literally on your head until recently was the stuff of Star Trek. Now, Neurosity is announcing its Notion device, the first and only 'brain-reading computer' which combines CPUs, RAM, brain sensors and Internet connectivity all in one device you wear on the back of your head. Because it includes computing power, Notion allows Neurosity and third-party developers to create never-before possible applications to run right on the ‘headwear. 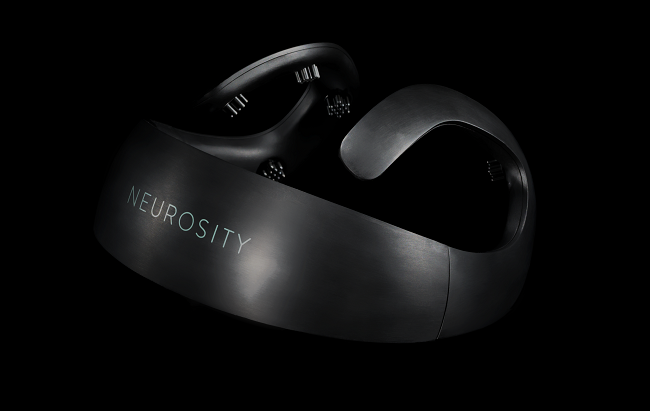 The new Notion is shipping today to developers to help them create apps for the brain computer platform ecosystem, similar to smartphone app stores. As powerful as a MacBook Air, Notion is certified by the FCC, uses the Linux OS and includes:

'Neuro devices that read brain waves are all the rage for early adopters, but all of them require transmitting data to an outside processor to do the computations. With advances in artificial intelligence, portable brain imaging, and powerful microchips, we are now able to derive more quantitative information about our minds than ever before,' said Alex Castillo, Co-founder, Neurosity. 'We are working to create a future where your thoughts power the things around you. The Notion can interpret your brain waves without the need for any other computer to execute a command.'

Neurosity will be launching its own app store for the Notion, featuring Neurosity-created apps and those built by third-party developers. Neurosity has already started deploying apps for its Notion Developer Kit. One Notion app available now (for coders) is called the Developer Assistant and measures cognitive performance to reveal when and where you can write your best code, detecting your level of concentration and alertness or if you are becoming fatigued or distracted. It will automatically enable 'do not disturb' mode when you are focusing so you don't get distracted by notifications.

From fatigue detection while driving a car to changing music just from your mood state, Notion will have a range of brain applications. Using the Notion Developer Kit and the Notion API, software engineers can develop apps like these:

Because all the computing takes place right in the device, the apps will be able to work anywhere - indoors and out - with no additional laptop or smartphone.

'These apps can be so exciting and will really transform how we interact with computers,' said AJ Keller, Co-founder, Neurosity. 'We see how understanding our stress, emotion and anxiety leads to a world where we can have applications that are working to help the conscious mind make sense of the subconscious. I imagine a world where you can just think about something and it happens. What kind of future would that be, where your thoughts power the things around you?'

Neurosity was founded in 2018 with the goal of creating a wearable brain computing platform ready for real-world applications. It has raised a pre-seed round of funding and has sold out and shipped its first batch of Notion brain computer devices to developers to help build out a robust app ecosystem. For more information visit neurosity.co.

WASHINGTON, DC - More than 9,100 Americans have now died from the deadly Covid-19 coronavirus, according to the latest data ...

Videos circulating on social media show Ultra-Orthodox Jews in the Israeli town of Bnei Brak coughing on police and calling ...

Conduct of Pell investigation should be reviewed

The allegations of sexual abuse against Cardinal Pell were investigated by the Victorian Police, in particular by Taskforce SANO. This ...

Hot off of singlehandedly ending the Israeli-Palestinian conflict, America's Son-In-Law-In-Chief has put himself in charge of handling half of the ...

Reuters suspended from Iraq after story on Covid-19 cases

Time for U.S. to stop plutocrats from directing public policy?

The novel coronavirus is quickly exposing the deadly dysfunction of our national government, which we can all now see represents ...

When the wealthiest country in the world is unable to produce basic medical gear to cope with a rampaging pandemic, ...

Philippines company to produce millions of facemasks per month

CLARK FREEPORT ZONE, Pampanga, Philippines - With skyrocketing demand for face masks, following a change of experts views on their ...

World Expo in Dubai likelt to be put back by year

NEW YORK, New York - A streak of 113 consecutive months of jobs growth came to an end with data ...

Healthcare for everyone in America needs to be free

Access to COVID-19 treatment is key to helping Americans combat the disease, as well as containing its spread. To their ...

SYDNEY, Australia - It was a downhill day on Asian bourses on Friday, with all the major indices losing ground.The ...