MOSCOW, RUSSIA / ACCESSWIRE / February 25, 2020 / On February 7th Russia's national development corporation VEB.RF, RT-Invest, and the Swiss-Japanese consortium Hitachi Zosen Inova signed an agreement to build four large-scale waste-to-energy plants. The creation of the plants will cut the amount of municipal waste sent to Moscow landfills by about a third. The agreement marks the first concerted effort to solve the capital city's garbage issue in an environmentally friendly way.

Dominating types of garbage disposal in world cities in 2019, by percentage.

With legacy garbage processing systems from the Soviet era, 97% of Russia's trash is disposed of in massive landfills that can be the size of 9-story buildings. Recycling has been almost non-existent across the country. The agreement signed on 7 February is an important first step towards improving the country's waste and recycling programs.

VEB.RF acquired a 50 percent stake in a syndicated banking facility with RT-invest. The term of the USD 1.7 billion loan (110 billion rubles) is through the year 2035 for the implementation of the large-scale waste-to-energy investment project.

The project includes the construction of four plants in the Moscow region that will convert solid municipal waste into energy through thermal processing. The plants will be built in the Voskresensky and Solnechnogorsky municipal districts and the Naro-Fominsky and Bogorodsky urban districts. An agreement to construct a 5th plant in Kazan is being finalized.

Currently, Russia generates over 60 million tons of communal waste per year. With 8 million tons produced annually, the Moscow region is the biggest producer of trash in the country. The four waste-to-energy plants planned for the Moscow region will be an efficient and environmentally friendly way to deal with Moscow's garbage problem.

The plants are expected to be completed in 2022, and result in the energy-efficient utilization of up to 2.8 million tons of the region's waste. It is estimated that the four plants will generate up to 2.2 billion kWh of electricity per year. The factories will be equipped with Hitachi Zosen Inova technology, an industry leader in the field of waste-to-energy processing.

Andrey Shipelov, CEO of RT-Invest stated, 'More than 500 waste-to-energy recycling plants will be built worldwide. By implementing this project, Russia is getting much closer to other countries where there is the possibility of zero waste from big cities going into landfills. By 2023, only 17 percent of garbage in the Moscow region will go to the landfill. Almost all Moscow Region landfills will be closed and the land will be re-cultivated.' He added that when the 5th plant is built in Kazan, that city will become the first city in Russia where all waste will be recycled. 'Two million people will receive green energy in their homes. The project has already created over 5,000 highly-paid jobs. 70 percent of all investments in the project are going to the national economy, with new equipment, construction materials, taxes, etc.'

VEB.RF Deputy Chairman and member of the Board Nikolai Tsekhomsky stated, 'Energy from waste' is the flagship project in our portfolio of 'green' investments. The development of high-tech infrastructure, and the creation of environmentally safe and comfortable urban environments are among the top priorities of VEB.RF. The project will cut the landfill waste disposal in the Moscow region by about a quarter, thus placing the city on par with most advanced global standards by 2023.

VEB.RF is Russia's national economic development institution. It is a state corporation established by federal law exclusively for the public good. A non-commercial, non-profit organization with no shareholders, VEB.RF works in partnership with commercial banks to provide financing for large-scale projects to develop the country's infrastructure, industrial production and social spheres, strengthen Russia's technological potential and improve the quality of life for the Russian people.

This material is distributed by Geopolitical Solutions LLC. on behalf of State Development Corporation 'VEB.RF' through the International Center for Legal Protection. Additional information is available at the Department of Justice, Washington, DC.

Duke and Duchess of Sussex quit Canada for California

LOS ANGELES, California - Prince Harry and Meghan Markle, and their son Archie, have moved from Canada to California - ...

The Crucial Experiment in the Case of Cardinal George Pell

Cardinal George Pell's accuser claimed to be familiar with the layout of a renovated sacristy and this fact means we ...

The COVID-19 Pandemic now is the most dramatic modern historical wake-up call and reminder that whether the threat is to ...

TEL AVIV, Israel - The Jewish state is coming under pressure over the growing humanitarian crisis in Gaza, which is ...

Trump companies to be included in Covid-19 bailout package

WASHINGTON, DC - As part of the $2.2 trillion stimulus bill signed into law after it passed the House of ...

In an extraordinary statement titled "On the Political Impasse in Afghanistan," Washington has admitted to the failure of Secretary of ...

SYDNEY, Australia - Shares in Asia generally were sharply weaker on Monday, as investors and traders brace themselves for another ...

WUHAN, China - China's Hubei province has resumed domestic flights except for Wuhan, the epicentre of the virus after a ...

KANPUR, Uttar Pradesh, India - Several truck drivers, many with goods loaded on their vehicles, have been stuck in Uttar ...

The coronavirus crisis has turned the fact that we don't make anything in America anymore from a topic for philosophical ... 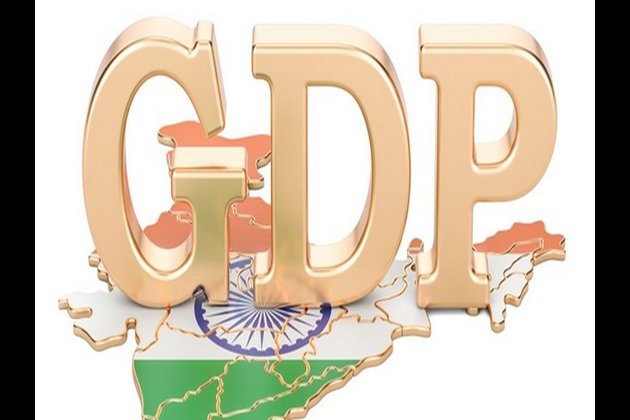 War and Peace (Vojna i mir)