SINGAPORE / ACCESSWIRE / August 14, 2020 / Woodrow Wilson Bledsoe, known as the father of facial recognition, developed a system that could read faces by using a 10-inch-square tablet with vertical and horizontal coordinates in the 1960s. For the past 60 years, countries across the world have substantially increased the investment in facial recognition systems. Today, programmers extend facial intelligence to the livestock farming industry, using facial recognition technology to assess the emotional well-being of pigs.

Pig farms significantly benefited from this modern technique. With machine learning technology, each piglets' health condition can be accurately controlled since birth by understanding it's facial expressions. The system also allows health improvement for pigs while monitoring their daily and total feed consumption individually. 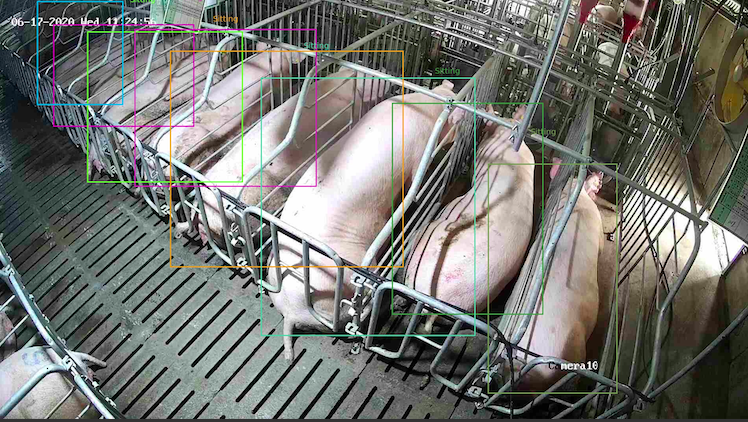 Alibaba (China's e-commerce giant) has recently set on automatic identification of pig faces. It can also be used for diagnosing its breeding status and detecting diseases. Last year Scotland's Rural College (SRUC) implemented the convolutional neural networks to analyze pig emotion and intention. Increasing numbers of farms around the world are now using high-tech equipment to record pig's actions with a precision that can exceed manual performance. Note that, however, smart farming relies on a massive database with intensive support of machine learning techniques.

Data support is the primary condition for smart farming

The key to smart farming is the big data support team behind it. Recently, a Korean pig farm is looking for a digital system to gain information on pigs' productivity, behavior, and welfare. They hired Bytebridge.io's team to improve farming efficiency.

'The smart system should be able to reflect every pig's health condition from tracking their feeding patterns and behaviors. We were looking for a data annotation company to process the data structurally according to different machine languages. The tricky part is, we set a very strict time limit for the team. We need the labeling to be done as soon as possible' said the owner of the pig farm.

'Surprisingly, Bytebridge.io perfectly resolved this problem and improved our system. After handing out millions of images, we received their package even sooner than we expected. We got our data labeled within 3 working days.'

Traditional data labeling companies, after receiving similar projects, would employ an agent to call up the tagging team and train them at least for a day based on the customer's requirements. The communication cost can be significant in this process. Bytebridge.io, on the other hand, hugely cut the time and cost. Their output accuracy rate of labeling reaches 99.5% (i.e. over 995/1000 pictures can be correctly labeled). Bytebridge.io's speed of data processing is one-tenth of that of traditional data labeling companies.

Bytebridge.io owns millions of registered users all over the world with daily active users reached up to 100,000. According to the needs of customers, the platform divides and distributes tasks to global users and builds an online data processing factory. All users are grouped into different levels based on users' education, language, and task capability coefficient. Customers can optimize their cost by picking one of those options.

To cut the communication and training cost when dealing with complex task flow, Bytebridge.io employs consensus decision-making to optimize the labeling system. When dealing with complex tasks, several proposed protocols reduces the task difficulty by splitting the task flow and then set a consensus index to unify the results through algorithm rules.

In the pig farm project, the final delivered data is presented as the structured data, including the number, position, and posture of pigs are displayed in a picture. Therefore, the task flow can be divided into sub-work, i.e. counting pigs, frame pigs, and posture interpretation.

Before task distribution, set a consensus index, such as 90%, for a task. If 90% of the people's answer is basically the same, the system will judge that they have reached a consensus. If customers require the highest accuracy of data annotation, they can use 'multi-round consensus' to repeat tasks over again to improve the accuracy of final data delivery.

Meanwhile, data processing efficiency can be improved due to ensured data security as a result of API technology. By building an online data processing factory and replacing manual audits, Bytebridge.io provides revolutionary data solutions for all industries.