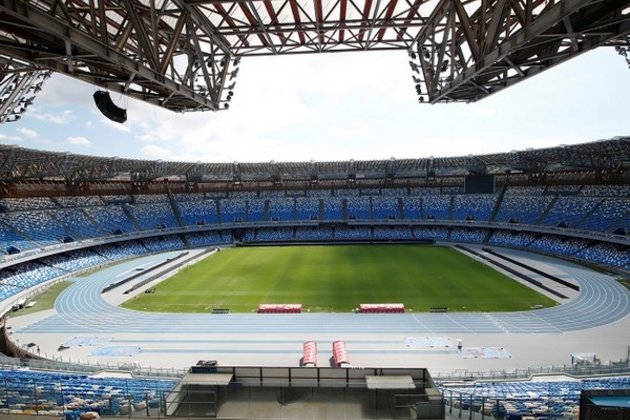 Naples [Italy], December 5 (ANI): Italian side Napoli's San Paolo stadium has been renamed after Diego Maradona in memory of the late Argentina legend who led them to their only two Serie A titles during his seven-year run with Napoli from 1984 to 1991.

The Naples city council has unanimously approved a resolution that will change the name of Napoli's home stadium from Stadio San Paolo to Stadio Diego Armando Maradona," goal.com reported.

Maradona had passed away on November 25 after suffering a heart attack at the age of 60.

"Diego Armando Maradona, the most immense footballer of all time, died. Diego made our people dream, he redeemed Naples with his genius. In 2017 he became our honorary citizen. Diego, Neapolitan and Argentine, you gave us joy and happiness! Naples loves you!," Magistris had tweeted in Italian.

In another tweet, Magistris had said: "Let's name the San Paolo Stadium after Diego Armando Maradona !!!"Maradona is a revered figure in Naples as led the city's club to two Italian league titles.

"With his immense talent and his magic, he honoured the Napoli shirt for seven years, giving it two historical championships and other prestigious cups, and receiving in exchange from the whole city an eternal and unconditional love," goal.com quoted a statement from Naples city council as saying.

Maradona captained Argentina to victory at the 1986 FIFA World Cup and was widely regarded as one of the greatest footballers of all time.

Maradona had begun his professional career with Argentinos Juniors at the age of 16 and he went on to become one of the greatest players to ever play the game of football.

He represented Boca Juniors, Barcelona, Napoli, Sevilla, and Newell's Old Boys as a player. Diego was considered the main player in taking Argentina to their second World Cup title in 1986. (ANI)