The Company's hiring of the Ashcroft Firm is in response to false and defamatory reports posted on March 9 and March 10, 2021. We believe these 'reports' were intended to manipulate our stock price downward in support of short sellers. American Battery Metals Corporation categorically denies the allegations and their implications and has retained the Ashcroft Firm to investigate this matter and take all available legal recourses to protect our shareholders. The Company also intends to report this activity to the appropriate regulators. 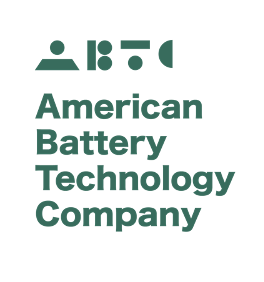 American Battery Metals Corporation will defend itself vigorously against these false allegations and is also reviewing all legal options at its disposal to hold the author(s) and the sponsors of these reports responsible for the baseless attack, which has, as of this press release, caused its stock to decrease. Shareholders are cautioned against reacting to any false statements being made that demonstrate their author's lack of understanding of the Company and its multiple deployment models. We stand by the data provided and described in detail in our public filings, and we urge all investors to review those filings.

Forward-Looking Statements
This press release contains 'forward-looking statements' within the meaning of the safe harbor provisions of the U.S. Private Securities Litigation Reform Act of 1995. All statements, other than statements of historical fact, including those with respect to the expected project economics for Western Nevada Basin (Railroad Valley), including estimates of life of mine, average production, cash costs, AISC, initial CAPEX, sustaining CAPEX, pre-tax IRR, pre-tax NPV, net cash flows and recovery rates, the impact of self-mining versus contract mining, the timing to obtain necessary permits, the submission of the project for final investment approval and the timing of initial gold production after investment approval and full financing, metallurgy and processing expectations, the mineral resource estimate, expectations regarding the ability to expand the mineral resource through future drilling, ongoing work to be conducted at the Western Nevada Basin (Railroad Valley), and the potential results of such efforts, the potential commissioning of a Pre-Feasibility study and the effects on timing of the project, are 'forward-looking statements.' Although the Company's management believes that such forward-looking statements are reasonable, it cannot guarantee that such expectations are, or will be, correct. These forward-looking statements involve a number of risks and uncertainties, which could cause the Company's future results to differ materially from those anticipated. Potential risks and uncertainties include, among others, interpretations or reinterpretations of geologic information, unfavorable exploration results, inability to obtain permits required for future exploration, development or production, general economic conditions and conditions affecting the industries in which the Company operates; the uncertainty of regulatory requirements and approvals; fluctuating mineral and commodity prices, final investment approval and the ability to obtain necessary financing on acceptable terms or at all. Additional information regarding the factors that may cause actual results to differ materially from these forward-looking statements is available in the Company's filings with the Securities and Exchange Commission, including the Annual Report on Form 10-K for the year ended June 30, 2020. The Company assumes no obligation to update any of the information contained or referenced in this press release.

770 barges backed up on Mississippi River due to damaged bridge

MEMPHIS, Tennessee: Some 770 barges on the lower Mississippi River have backed up due to a damaged bridge near Memphis, ...

WASHINGTON D.C.: The U.S. Centers for Disease Control and Prevention announced this week that hundreds of millions of visitors to ...

GAZA, Palestinian territories - The death toll in Gaza and Israel since hostilities surged on Monday of last week, has ...

DUBLIN, May 16 (Xinhua) -- Ireland's Department of Health has been under a ransomware attack similar to that recently launched ...

U.S. to boost manufacturing of chips to lessen Chinese influence

WASHINGTON D.C.: In response to the shortage of semiconductor chips, which has temporarily closed some U.S. auto plants, news reports ...

WARSAW, Poland: Poles celebrated on the weekend as restaurants and bars opened outdoor dining for the first time in over ...

ATHENS, Greece: After being locked down during the Coronavirus pandemic, Greece has again opened its borders to tourism.Greece has also ...

TAIPEI, Taiwan: Taiwan said on May 15 that Hong Kong's freezing the assets of jailed media tycoon Jimmy Lai was ...

NEW YORK, New York - U.S. stocks were on the defensive on Monday following the release of disappointing economic data.The ...

WASHINGTON D.C.: Operators of Boeing 737 Classic aircraft have been ordered to check for possible wire failures, following an investigation ...

Airbnb up 52% as travel begins to recover

Rogue One: A Star Wars Story