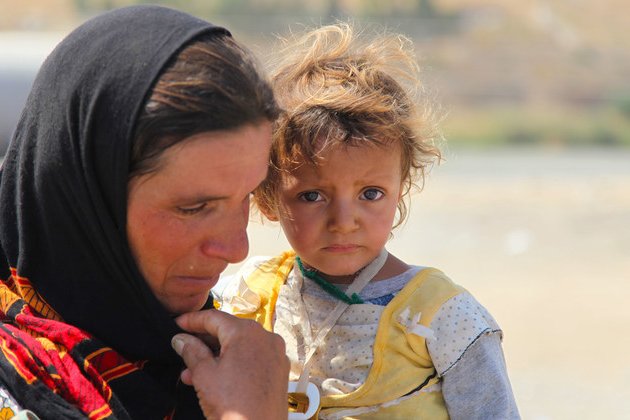 Secretary-General Antonio Guterres has urged the Iraqi authorities to swiftly implement a new law to assist Yazidi survivors of ISIL atrocities, the UN said on Tuesday in a statement marking seven years since the extremist group brutally targeted the religious minority and other communities.

The Yazidi Survivors Law, adopted in March, recognizes ISIL's violations against women and girls, and requires the Government to compensate them.

"On this somber anniversary, the United Nations remains fully committed to supporting all efforts to achieve accountability and justice," said Stephane Dujarric, the UN Spokesperson.

ISIL, also known as Daesh, conducted a genocidal campaign against the Yazidis, who live in northern Iraq.

Thousands were subjected to unimaginable violence on account of their identity, including sexual violence, mass executions, forced conversions and other crimes. Many remain in displacement camps or are still missing.

"These heinous acts committed by ISIL may amount to war crimes, crimes against humanity and genocide. Full accountability of their perpetrators remains essential," said Mr. Dujarric.

Supporting the Iraqi Government's efforts to ensure accountability and protect human rights remains a UN priority, he added, in accordance with the collective responsibility to protect communities from the most serious crimes under international law.

"Recognizing the pain and courage of the Yazidis, recovery and rehabilitation remain a priority," said Mr. Dujarric.

"The Secretary-General therefore commends the recent enactment of the Yazidi Survivors Law by the Government of Iraq and its recognition of the crimes committed by ISIL against the Yazidis and other communities. He encourages its swift and full implementation."