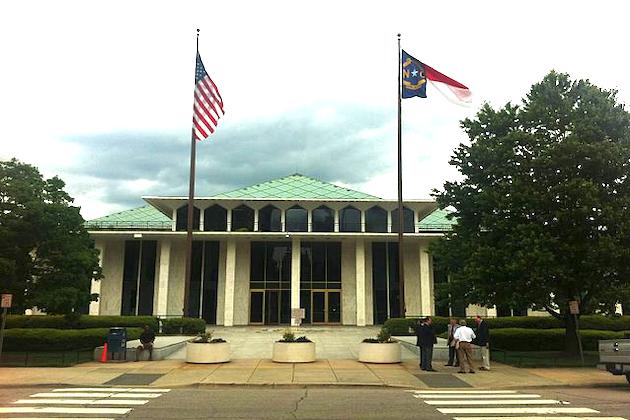 RALEIGH, North Carolina: A North Carolina judge has given state legislators until the middle of October to carry out a plan directed by the courts to offer funds to boost public education, and in the event of non-compliance vowed to personally administer the plan.

Superior Court Judge David Lee admitted feeling "very disheartened" about the General Assembly having agreed to fund only a small section of a proposal for no less than 5.6 billion US dollars in new education funds by 2028.

The judge has ordered a hearing to be held on October 18 and emphasized that in the event of the plan not receiving full funding by that date, he would look to the judiciary assuming control of the program.

However, State Senate leader Phil Berger's spokesperson, Pat Ryan, leveled accusations against the North Carolina judge for having crossed the bounds of his authority, according to a report by The News & Observer.

"If Judge Lee wants to help decide how to spend state dollars - a role that has been the exclusive domain of the legislative branch since the state's founding - then Judge Lee should run for a seat in the House or Senate," Ryan said.

In decades-long court cases, the North Carolina Supreme Court earlier ruled that the state constitution ensures all children have "an opportunity to receive a sound basic education," and said this requisite was not being met by the state.

ASUNCION, Paraguay: The Paraguay River experienced the steepest decline in its water levels in more than 117 years on September ...

ROME, Italy: Hundreds of Alitalia workers stopped highway traffic as they blocked an airport exit on Friday to protest that ...

PRAGUE, Czech Republic: The right-of-center Czech party, the SPD, which could be part of a new Czech government next month, ...

Experts say, after hurricanes, flood insurance rates to rise in US

NEW YORK CITY, New York: According to a study released by financial services provider LendingTree on Tuesday, updates to the ...

WASHINGTON D.C.: The World Organization for Animal Health said the first outbreak of the African swine fever, a fatal pig ...

UK reports shortages nationwide due to lack of truck drivers

LONDON, England: With Britain remaining short of tens of thousands of truck drivers, shortages throughout the country range from gasoline, ...

GLASGOW, Scotland: Energy provider INEOS has announced that it will convert its large-scale petrochemicals plant and oil refinery in Grangemouth, ...

CHICAGO, Illinois: Housing sales in the United States fell in August amid sustained supply shortages, with indications that the housing ...

Uncut diamond, at 1,175-carats, is third largest in world