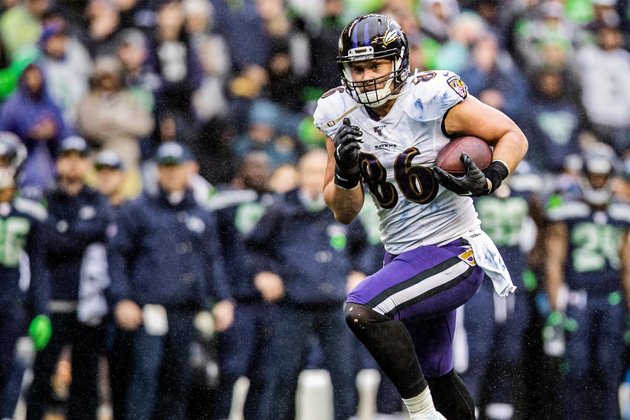 The Ravens have designated tight end Nick Boyle for a return to practice, allowing him to take the field Wednesday.

One of the NFL's top blocking tight ends and a key to Baltimore's offense, Boyle has not played this season after suffering a major knee injury on Nov. 15 last year in New England. Boyle also had a clean-up procedure done during the summer, which delayed his return to the field.

Boyle originally returned to practice Sept. 1 and was also on the field Sept. 6, but the decision was made last month to put Boyle on short-term injured reserve, giving him more time to recover. Boyle will have a 21-day window starting Wednesday to practice with the team before he is required to be activated to the 53-man roster.

"He's progressing well," Harbaugh said. "He looks good in his workouts. ... We're looking forward to getting him back."

Boyle is a devastating blocker who can be moved across formations to give the Ravens an advantage at the point of attack. Offensive Coordinator Greg Roman loves using multiple tight end sets, and Boyle has improved as a receiver every year since joining the Ravens as a fifth-round pick in 2015. During his last full season in 2019, Boyle had a career-high 31 catches for 321 yards and two touchdowns.

In other transaction news, offensive tackle Brandon Knight, who the Ravens claimed off waivers Monday, did not report to the team. Baltimore did add veteran guard James Carpenter on Wednesday.