How to Watch, Listen, and Live Stream Ravens vs. Bengals 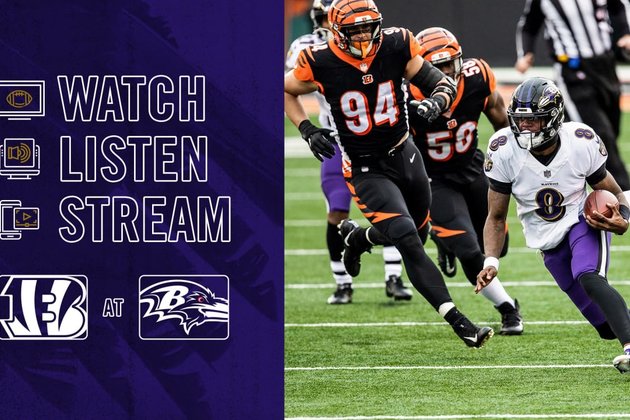 The first AFC North game of the Baltimore Ravens' 2021 season kicks off against the Cincinnati Bengals at M&T Bank Stadium in Week 7.

Here's how you can watch, listen, and live stream the game:

Live video streams are available to fans located in TV markets (blue) where the game is being aired on the following platforms: