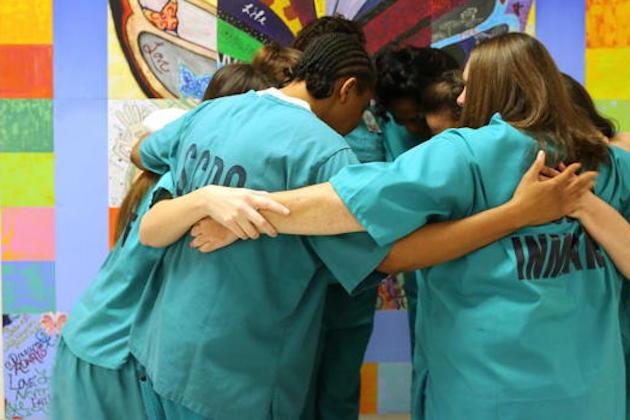 BALTIMORE, Maryland - This month marks the four-year anniversary of the #MeToo movement, and an art project aims to help incarcerated survivors heal by telling their own stories.

The group Just Detention International launched the "Prisoners Too" program last year with incarcerated women in South Carolina, who created butterfly murals to talk about their assaults. The group plans to bring the project to Maryland and other states.

Jane, a formerly incarcerated survivor from Maryland, said she wishes she'd had the opportunity to tell her own story 20 years ago. While facing drug charges in a Washington, D.C. detention center, she said she was raped multiple times by a prison guard. Jane's healing came only after sharing her story with a therapist, years later.

"It's important because people need to recover from things like that," she said. "I mean, this definitely affected the rest of my life. I think the Prisoners Too campaign can help support people who it has happened to, so they just don't give up on life and become depressed and even more hopeless."

She said the guard was never punished, which left her feeling unheard and traumatized.

Just Detention International is fundraising and expects to launch the program in other states this year. View the artwork and survivor stories online at JustDetention.org.

Jesse Lerner-Kinglake, Just Detention's communications director, said incarcerated survivors aren't allowed to share their #MeToo stories through social media, and they face other barriers to healing, including a public misperception that people behind bars deserve the abuse they suffer and don't have rights. He noted that sexual assault plagues U.S. prisons. Federal data show about 200,000 incidents every year.

"What we know, and I think what the #MeToo movement has shown us, is that there is a catharsis that comes with sharing your story, with being seen," he said, "and I think the amazing thing about #MeToo is that many survivors of sexual abuse realized that they had support, and they've realized that they weren't alone."

About 4% of adults in federal prisons and slightly more than 3% of adults in jails experience sexual victimization, according to the Maryland Coalition Against Sexual Assault. In Maryland, the number is higher: the Baltimore City Detention Center has a 6.7% rate of staff sexual misconduct.