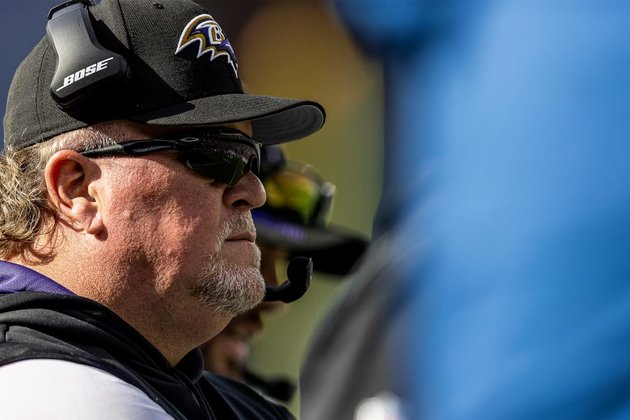 The Ravens have parted ways with Defensive Coordinator Wink Martindale, Head Coach John Harbaugh announced in a statement Friday. Martindale has been on Baltimore's staff since 2012, spending the last four seasons as the team's defensive coordinator.

"After several productive conversations, Don and I have agreed to move forward in separate directions. We have had a great run on defense, and I am very proud of what has been accomplished and the work he has done. Don has been a major contributor to the success of our defense since 2012, and especially since he became defensive coordinator four years ago. He has done a great job. Now it is time to pursue other opportunities. Sometimes the moment comes, and it's the right time. I am personally grateful for our friendship and for everything he has done in Baltimore."

Baltimore's defenses ranked among the NFL's best under Martindale for much of his tenure as coordinator, ranking first overall in 2018, 4th in 2019 and 7th in 2020.

Known as an aggressive defensive play-caller who readily dialed up creative blitz packages, Martindale was recognized as Defensive Coach of the Year by Sports Illustrated in 2018. Following the 2019 season, Martindale interviewed for the New York Giants head coaching position before the Giants hired Joe Judge.

The Ravens' injury-depleted defense fell to 25

th overall in 2021, ranking No. 21 against the run, but last in the NFL (32nd) against the pass. Their secondary dealt with major injuries all season, losing Pro Bowl cornerback Marcus Peters for the entire season, while All-Pro cornerback Marlon Humphrey and starting safety DeShon Elliott also suffered season-ending injuries.

The 58-year-old Martindale has been an NFL assistant coach since 2014, working with the Raiders, and Broncos as a linebackers coach before joining the Ravens.