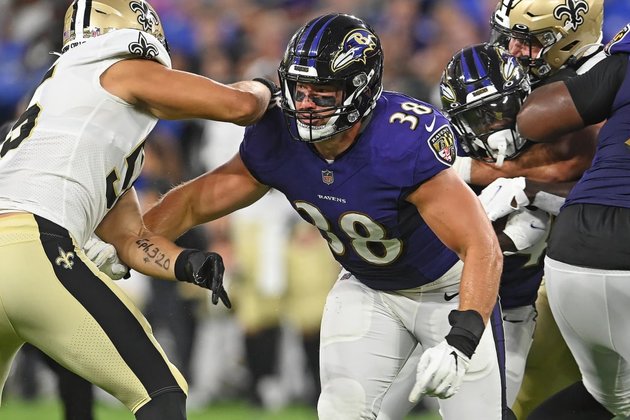 The Ravens have brought back fullback/tight end Ben Mason, signing him to a future/reserve deal Friday.

Baltimore drafted Mason in the fifth round last year, but after he was waived at the end of training camp, he chose to sign with the New England Patriots' practice squad instead of the Ravens'.

Mason was never promoted to the Patriots' 53-man roster and was released on Nov. 8. He signed to the Chicago Bears' practice squad a month later and did not see any game action.

The 6-foot-3, 254-pound Michigan product has a physicality and mentality that immediately made him a good fit in Baltimore. However, the Ravens already had fullback Patrick Ricard, who was voted to a third-straight Pro Bowl this season.

Ricard is now a pending unrestricted free agent this offseason. If he and the Ravens cannot come to an agreement, Baltimore could look to turn to Mason.

Mason is the 11th player the Ravens have signed to a reserve/future deal since the 2021 season ended.