Indiana looks to knock off another nemesis as Michigan visits 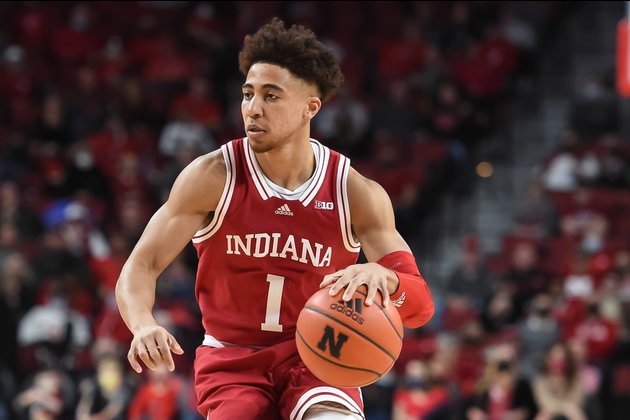 After upsetting No. 4 Purdue, Indiana will look to cap the week by exorcising another demon Sunday when it hosts Michigan for a Big Ten contest in Bloomington, Ind.

On Thursday night, Indiana snapped a nine-game losing streak against Purdue, winning 68-65 behind a career-high 20 points from Rob Phinisee. The Hoosiers also won with defense, holding the Boilermakers to more than 20 points below their season scoring average.

"If we can make teams go through our halfcourt defense, that's when we're really at our best," Indiana coach Mike Woodson said. "Where we're not giving a lot of things over the top or giving layups up or quick strikes, as we call them, for threes."

Indiana is 12-0 at home this season and will look to avoid a letdown after an emotional Purdue win.

"It's only one win as well, so we've got plenty more to go," Hoosiers guard Xavier Johnson said.

Michigan is coming off an 83-64 win over Maryland on Tuesday. It's been an up-and-down year for the defending Big Ten champions, as the Wolverines had a pair of conference games postponed the second week in January due to COVID-19 issues within the program.

After Hunter Dickinson sat out a 68-53 loss at Illinois on Jan. 14, the Wolverines were back at full strength against Maryland. Dickinson, Michigan's leading scorer at 16.4 points per game, led four starters in double figures with 21 points against the Terrapins.

"It was great to have him back healthy on the floor," Michigan coach Juwan Howard said. "His presence out there just makes his teammates better. He's gonna get doubled. He's been able to make plays for others when he gets doubled."

Freshman wing Caleb Houstan also had a big night with 16 points for Michigan. He has scored in double figures in two of his last three games.