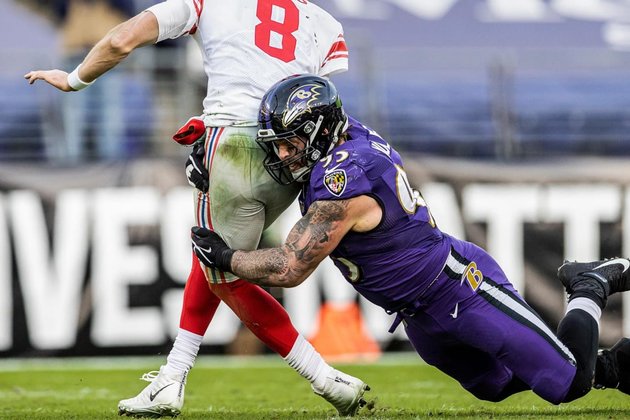 Wolfe wrote he is "on the mend" after successful hip surgery and posted a picture of his elevated leg on Twitter.

Wolfe was injured during a joint practice with the Carolina Panthers in August and began the 2021 season on injured reserve. He briefly returned to practice following the Ravens' bye week, but never rejoined the 53-man roster and was eventually shut down for the season.

Wolfe, who will turn 32 years old in February, led Baltimore's defensive linemen in tackles (51) in 2020 and was an anchor on the defensive line after being acquired in free agency from the Denver Broncos.

With Brandon Williams and Calais Campbell both pending free agents and Campbell contemplating retirement, there could be major changes on the defensive line next season.

The return of a healthy Wolfe, who signed a three-year contract extension in 2020, would be a welcome boost to the defensive line rotation. Now it's a question of how soon Wolfe could return from the hip surgery.