Rutgers aims to continue success at home vs. Maryland 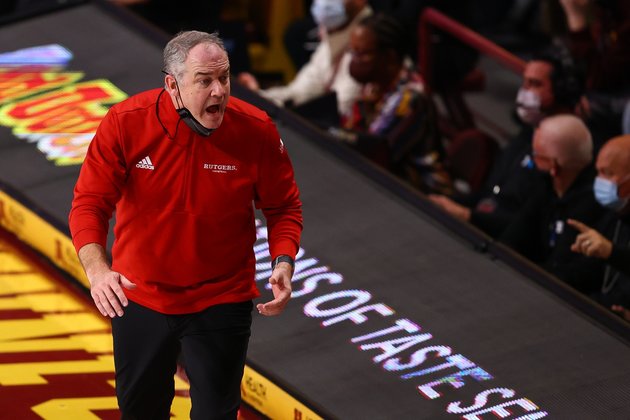 Maryland took advantage of a short-handed opponent in its last game. Rutgers, however, was unable to do the same.

The venue in which the teams meet could be the most important factor on Tuesday when they square off in Piscataway, N.J.

Rutgers (11-7, 5-3 Big Ten) has a 10-1 record in its cozy 8,000-seat home arena, where it has typically been nearly invincible in recent seasons under sixth-year coach Steve Pikiell. Even better, the Scarlet Knights' lone road victory in seven attempts this season came against Maryland (10-9, 2-6).

In that 70-59 triumph on Jan. 15, Rutgers erased an 11-point halftime deficit by limiting the Terrapins to 21 second-half points.

However, that stout defense was not evident Saturday against a Minnesota squad missing three of its top four scorers because of COVID-19, other illnesses or injury. The depleted Golden Gophers shot 54.2 percent from both the floor and three-point range to pull out a 68-65 win.

"We've got to play our (brand of) defense," Pikiell said. "We can't give up 54 percent field-goal percentage, in any game, especially on the road."

He added, "We've got to come back and we've got two days to prepare for a Maryland team that just beat Illinois, a ranked team (on Friday). We've got to play better. We've got to defend better and I have confidence in our guys that we will."

The Scarlet Knights could use a similar performance from star Ron Harper Jr., who burned Maryland for 31 points when interim coach Danny Manning often elected against double-teaming him.

Will Manning change tactics this time?

Maryland and Manning benefited from the absence of Kofi Cockburn (concussion) in that 81-65 victory over Illinois.

Maryland's Donta Scott, who had started every game this season, came off the bench and scored a career-high 25 points in 34 minutes.

When asked why Scott came off the bench, Manning replied, "It's our job as a staff to challenge our guys to not only do well off the court, but to do well on the court as well. ... We're just challenging everyone to give us a little bit more and they responded."

As for the win, Manning said, "We'll enjoy it...but the most important one is the next one, and that's our mindset."