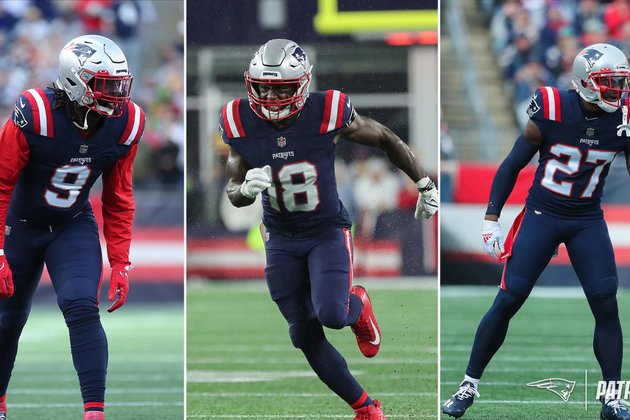 The Pro Football Writer's Association announced their 2021 All-NFL teams on Monday and a trio of Patriots were named to the All-AFC team, just narrowly losing out to their NFC counterparts when it came to the All-NFL awards.

Matthew Judon, J.C. Jackson and Matthew Slater all earned nods, they were the same trio from New England to also earn Pro Bowl selections and all had productive seasons with the Patriots.

Judon led the defense with 12.5 sacks after signing a four-year deal in free agency last offseason. He started his career with the Baltimore Ravens and made an immediate impact upon his arrival for the Patriots defense. Jackson did his part by leading the Patriots with eight interceptions, including a pick-six against the Carolina Panthers. After four productive seasons in New England, Jackson is slated to hit free agency this offseason, leaving the Patriots with a difficult decision to make. Jackson has been a consistent playmaker, despite entering the league as an undrafted rookie out of Maryland.

Matthew Slater will also hit free agency after wrapping up his 14th season with the Patriots that includes 10 Pro Bowls and two All-Pro honors. He was tied for 13th in the NFL with 12 special teams tackles in 2022. A veteran leader with the team for over a decade, Slater's potential retirement would leave a sizable void on and off the field.