U.N. Holocaust Remembrance Day | Thousands of Jehovah's Witnesses among those exterminated or in concentration camps 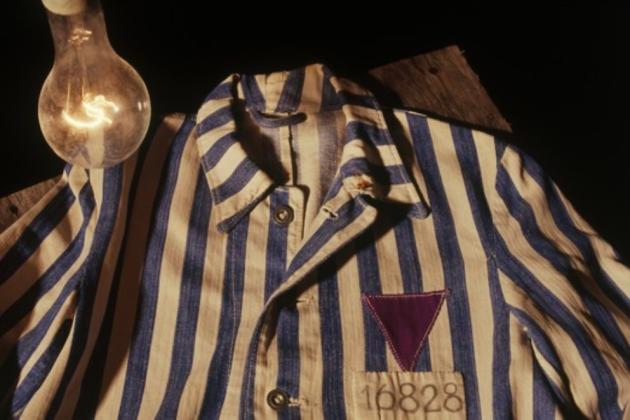 Thousands of Jehovah's Witnesses Among the Millions of Nazism's Victims

On January 27, the world will mark International Holocaust Remembrance Day, a symbolic date to commemorate the victims of Nazism. Murderous Nazi terror targeted millions for reasons of biology, nationality, or political ideology. But few people know that the Nazis' victims included thousands of Jehovah's Witnesses, who suffered for their Christian faith.

Jehovah's Witnesses, also then known as Bible Students, were "the only group in the Third Reich to be persecuted on the basis of their religious beliefs alone," says Professor Robert Gerwarth. The Nazi regime branded Witnesses "enemies of the State," according to historian Christine King, because of "their very public refusal to accept even the smallest elements of [Nazism], which didn't fit their faith and their beliefs."

On religious grounds, the politically neutral Witnesses refused to give the "Heil Hitler" salute, take part in racist and violent acts, or join the German army. Moreover, "in their literature they publicly identified the evils of the regime, including what was happening to the Jews," stated King.

Witnesses were among the first sent to concentration camps, where they bore a unique uniform symbol-the purple triangle. Of about 35,000 Witnesses in Nazi-occupied Europe, more than one-third suffered direct persecution. Most were arrested and imprisoned. Hundreds of their children were taken to Nazi homes or reformatories. About 4,200 Witnesses went to Nazi concentration camps. Leading authority Detlef Garbe wrote: "The declared intention of the NS [Nazi] rulers was to completely eliminate the Bible Students from German history." An estimated 1,600 Witnesses died, 370 by execution.

The Nazis sought to break Witnesses' religious convictions by offering them freedom in exchange for a pledge of obedience. The standard Erklrung (issued beginning in 1938) required the signee to renounce his or her faith, denounce other Witnesses to the police, fully submit to the Nazi government, and defend the "Fatherland" with a weapon in hand. Prison and camp officials often used torture and privation to induce Witnesses to sign. According to Garbe, "extremely low numbers" of Witnesses recanted their faith.

Genevive de Gaulle, a niece of General Charles de Gaulle and member of the French Resistance, said of female Witness prisoners in Ravensbrck concentration camp: "What I admired a lot in them was that they could have left at any time just by signing a renunciation of their faith. ...Ultimately, these women, who appeared to be so weak and worn out, were stronger than the SS, who had power and all the means at their disposal. They had their strength, and it was their willpower that no one could beat."

The failure of Nazi coercion in the case of Jehovah's Witnesses contrasts with widespread societal conformity to Nazi aims before and during the Holocaust. The nonviolent resistance of ordinary people to racism, extreme nationalism, and violence merits thoughtful reflection on this International Holocaust Remembrance Day.

More information about Jehovah's Witnesses during the Holocaust can be found on jw.org:

Public health experts have welcomed Mexico's ban on cigarette smoking in all public places, including hotels and beaches, after the ...

France military ordered out of Burkina Faso in west Africa

OUAGADOUGOU, Burkina Faso: As Burkina Faso, in western Africa, faces an Islamist insurgency, it is set to end a military ...

As births continue to fall, Japan seeks incentives for parents

TOKYO, Japan: Japanese Prime minister Fumio Kishida said this week that it was "now or never" for Japan, one of ...

US moving towards offering annual Covid vaccines to most Americans

WASHINGTON D.C.: As part of its efforts to simplify the national COVID-19 vaccine strategy, the US Food and Drug Administration ...

WASHINGTON D.C.: US authorities said this week that a surge in Cubans and Nicaraguans arriving at the US border with ...

Artificial meat given first approval by US officials

NEW YORK CITY, New York: As early as this year, lab-grown meat could be served in some restaurants in the ...

As travel opens up, Thailand prepares for 5 million Chinese tourists

BANGKOK, Thailand: Following China's reopening and the end of its strict COVID-19 restrictions, businesses on Thailand's holiday island of Phuket ...